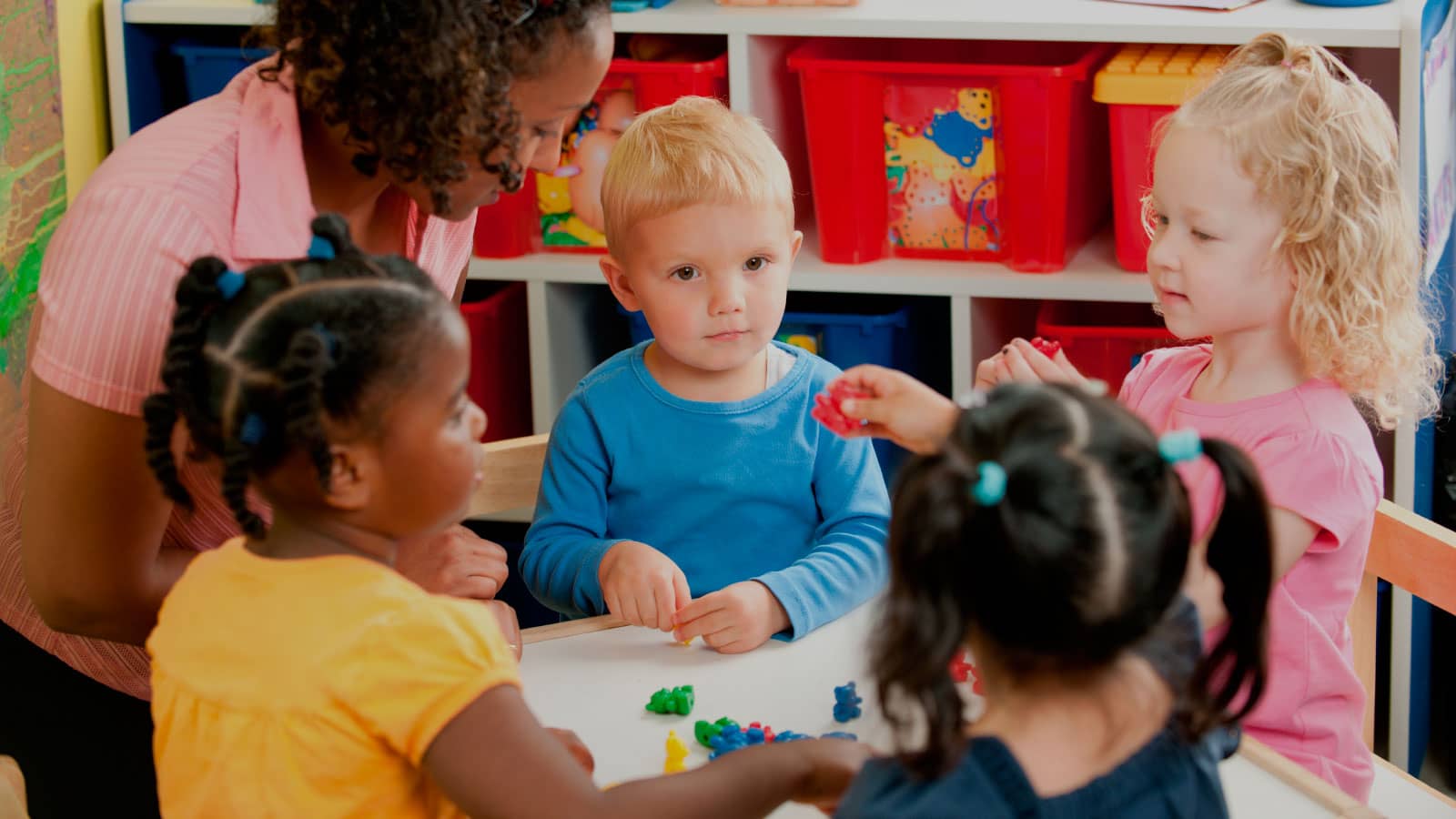 Our fabulous team of experienced teachers are what makes the school such a fun, inclusive environment in which the children learn.

The teachers and assistants accompany our pupils through their time at the school, helping them to acquire English skills that will open a multitude of doors in their future education and beyond.

Jane is TEFL qualified, and has been with TES from when it was set up in 2006. She has over 30 years’ experience working with children aged from 2.5 to 5 years old.

Ceri has been living in France since 2011. She is TEFL qualified and has been working with the children at TES since 2014 as a helper. She is re-joining as a teacher in 2022.

Amanda has lived in France since 1997. She has worked in education since 2001 in British, French and International schools, universities, and associations. She has been involved with TES since 2010 as a mum, helper, committee member and teacher.

Carolyn moved to France from the UK after her studies and later trained to teach English as a foreign language (TEFL), which she has been doing since 2010. Having been a fan of TES as a mum, committee member and helper, she re-joined the team as a teacher in 2020.

Emma has lived in France since 2001. She is both TEFL qualified and a qualified PGCE primary school teacher and has over 20 years experience teaching English. Involved with TES from 2007 to 2012 as both a mum and a teacher she is re-joining the teaching team in 2022.

Vicky has a BA (hons) in education with maths and numeracy with QTS. She moved to France in March 2019, after teaching in England for nearly 20 years.

LJ is a qualified PGCE trained primary teacher. She taught in Dubai and Scotland before moving to France in 2005. As well as teaching at TES, she also teaches at The British School of Paris. She has been teaching primary school children for over 20 years and joined TES in 2016.

Ceri has been living in France since 2011. She is TEFL qualified and has been working with the children at TES since 2014 as a helper. She is re-joining as a teacher in 2022..